When your concept of God is as small as you are. 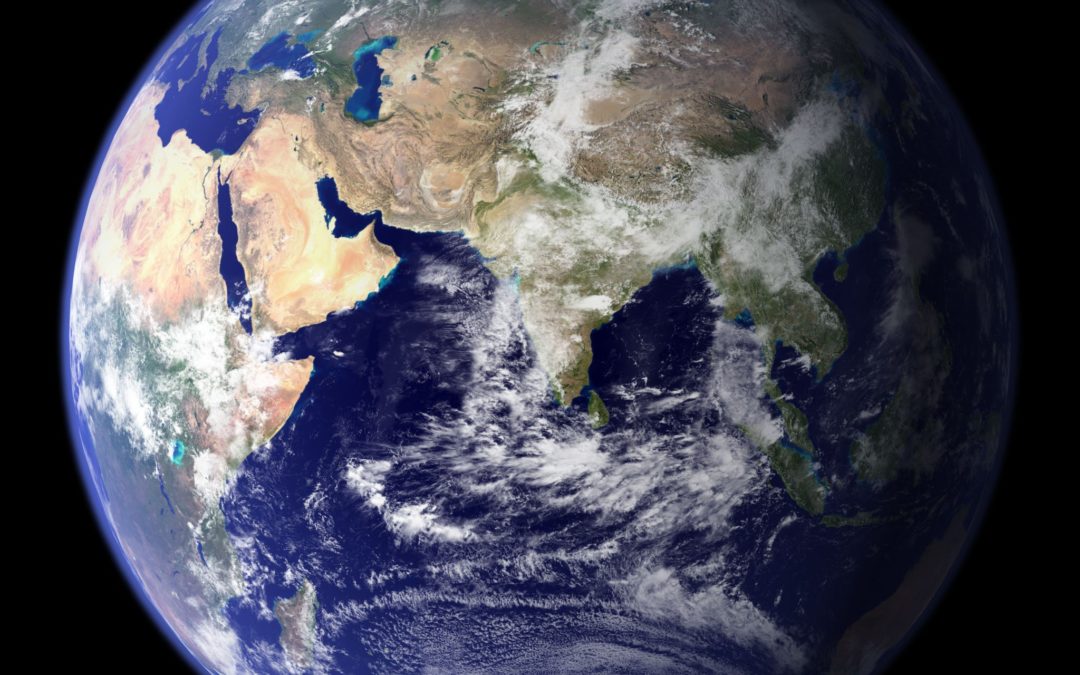 I grew up in a religious household.  I attended church every Sunday, youth groups on Wednesdays, and I even went to Bible camp in the summers.  To this day, I can recite multiple Bible verses and songs that were seemingly imprinted into my mind.

I liked church. I liked everything Jesus stood for- the poor, the sick, and the oppressed.  I loved how he rebelled against the status quo and spoke up against the greedy and powerful religious elite.  Jesus represented a fully evolved and selfless person, one willing to die to protect ALL others, and I had so much admiration for him.

I revelled in the parts of the Bible that inspired me to be good, and brave and compassionate and strong.

Growing up, I had many good Jewish friends. And as I got older, I started thinking a lot about what I learned in church about people who did not believe Jesus was God’s son.  “Only those who accept Jesus in their heart and accept him as God’s son will go to heaven and have everlasting life.”

That is what I was told.

One weekend, I spent the night at my friend’s house.  She had two little brothers, a mom, a dad, and extended family that lived in the area.  The next morning, I attended Temple with them, and then we went back to their house for a family celebration.  We ate big, doughy warm bagels with chive cream cheese. They served sweet and delicious Challah bread.  There was lox, which I did not enjoy, and freshly squeezed juice and coffee.  I loved coffee even as a kid.

As I sat there laughing, smiling and engaging with this Jewish family, I became quite introspective.  I held two very different beliefs in my head.  The first belief was that of Jesus’s undying and unconditional love for all of us.  The second belief was that these people would go to hell because they did not believe in Jesus.  And these two beliefs could no longer coexist.  I had to make a decision to let go of one of them because they could not both be true.

At the age of about 13, I placed my bets on Jesus’ unconditional love.  I did this because on some level, my young brain understood that God was bigger than any judgement people in my church came up with. Simply put, the idea and belief that people who did not believe in Jesus would go to hell, was very small, very self-centered, very ego-centric, and very, well….. human.

God’s love is universal, the latter belief is more about me being right or supreme. Petty thoughts and judgment of others are man’s way, NOT God’s way.

To me God was bigger than my mind could comprehend, and any human need to determine His conditions, was just that, an insecure HUMAN need.  The Bible says we were made in his image.  But what we don’t realize is that we then make Him in our image. And for some, He becomes as self-serving, self-preserving, intolerant, insecure and judgmental as we are.

The Bible is a series of written stories said to have been written over 3500 years ago.  At that time, man was primitive, small, and so was man’s world.  There was no science to explain anything. No way to study or see far away places. No understanding of the universe, ecosystems, the human body, mind, or nature.

The writings of the Bible were conceptualized by primitive men living in their small world. They told stories to explain our existence. Story telling has always been the human way of explaining existence, teaching life lessons, and learning.

Did God have a hand in these writings as most Christians believe?  Maybe, I have no idea.  However, I know that man cannot write about something that is beyond their comprehension.  Maybe God gave them exactly what they could handle at the time.

Kind of like how we teach our own children about where babies come from.  When they are young, we keep it simple. When they get older and are able to fully understand we tell them the actual science of it all.  We aren’t lying to them, we just know a 6 year old cannot grasp the biology of reproduction.

Maybe God knew primitive man could not grasp his wondrous evolutionary ways.  Maybe God expected that as we evolved and learned, and focused on science and facts, our version of Him would evolve too.

You see I think God is far bigger, greater and more complex then plopping a man and woman on this earth in a Garden of Eden.  As I study the human body, and the natural world I see something far more spectacular, intricate, and extraordinary.  I see signs of His magnificence and wonders everywhere.  There is truly no end to it.

Your concept of God is based in your knowledge, or lack thereof, of His creation.

Science is not a threat to religious beliefs, science is a way of making God greater.  And as a result we humans become greater, and most importantly, we become ONE.

Many of the most intelligent minds in science, see God in science because nothing is more grand or marvelous.  And I quote some of them…

“The more I study science, the more I believe in God.” Albert Einstein

“A scientific discovery is also a religious discovery. There is no conflict between science and religion. Our knowledge of God is made larger with every discovery we make about the world.”Joseph Taylor, Big Bang Theory Scientist and 1993 Nobel Prize winner in Physics.

“It may seem bizarre, but in my opinion science offers a surer path to God than religion.” Physicist Paul Davies.

I certainly am no scientist, but I can tell you that my study of the health of the human body and mind, which lead me to study the planet, has brought me back to God.

But my God is not about shame, guilt, sin, fear, intolerance or judgement.  My God isn’t about the Bible, or being right, or being supreme, or going to heaven or hell.  Those versions of God are how scared human’s think because they don’t really know where they stand with God, and they live in an emotional state that is not aligned with His greatness.

My God is about a higher evolutionary scale of emotions, like love, kindness, compassion, empathy, unity, and acceptance.  My God is defined by His magnificent creation of humanity and the universe which I protect and respect to the best of my ability.

Maybe most importantly, my concept of God is not about ME, it is about ALL of His creation.

You simply cannot study humanity, nature and the universe without expanding your concept of God.  The problem is that people stop at the Bible, and refuse to study His actual creation even though we have access to that information.  People choose to stick with the old version, instead of upgrading to the new operating system.

Our refusal to go to a new operating system is based in fear, yet another primitive, self preserving, low level human emotion that holds us back in life. I have news for everyone. Your body is not what survives this world, your soul is. And your soul is your energy/vibration.

Energy comes from emotions (if you study science you learn this stuff).  When your emotional energy is aligned with the Divine you know it, and fear, anxiety, shame and guilt, and anger are NOT emotional states that are ever aligned with the divine.  They are more likely a sign that you are out of alignment with God, and in need of emotional growth and evolution.

Your emotional state is your heaven or hell.  How anyone can expect to “go to heaven” when they are in a self inflicted perpetual state of emotional hell, is beyond me.  You don’t “find” peace, love, compassion, and kindness in the world or the after life- you CREATE it.

We were made to grow and evolve.  It is our higher power, and It is as natural as it is glorious.  I think it is time for our collective upgrade….